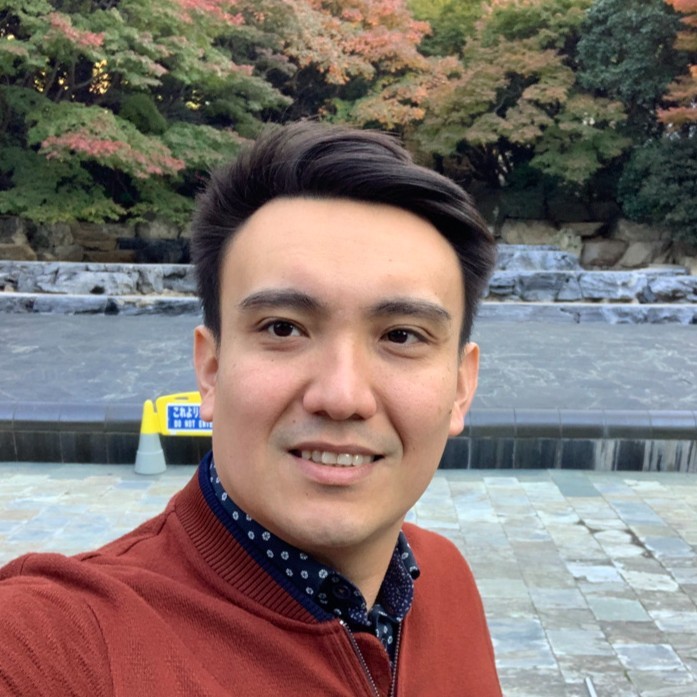 Thiago is deeply experienced in a wide range of software development techniques, as well infrastructure and agile methodology. He has previously worked on the design and development of systems including large ERPs, B2B e-commerce, systems to manage cities & to solve transport problems, and social networks. Before Digital Boost, he was a Senior Software Developer at SKY and founded his own company. 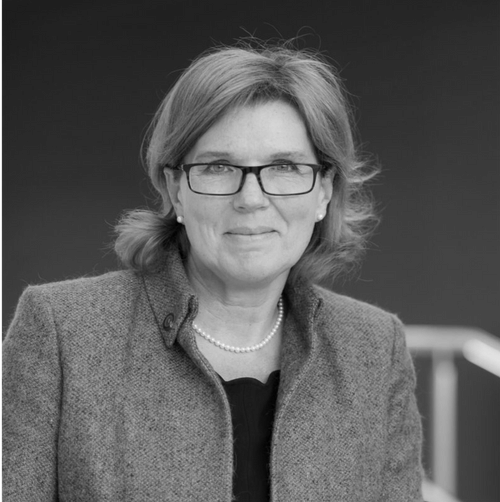 Sherry Coutu CBE has a deep understanding of the Digital Sector having been a serial entrepreneur, investor and non-exec director of companies, charities, and universities for the past 25 years. She founded and chairs Founders4Schools and founded The Scaleup Institute, Workfinder, SVC2UK, iii plc and many more. Sherry serves as a non-executive member of Workfinder, London Stock Exchange plc, Pearson, DCMS, Raspberry Pi, and on the advisory boards of The Royal Society and The National Gallery.

She has invested in more than 60 companies as an angel (including Linkedin, Zoopla, Lovefilm (Amazon), New Energy Finance (Bloomberg) and 5 venture capital firms.

Philanthropically, she supports the Prince's Trust, the Crick Institute and Founders4Schools.

She was appointed Commander of the Order of the British Empire (CBE) for services to entrepreneurship in the New Year's Honours List 2013 and in 2019 was inducted into the BIMA (British Interactive Media Association) Hall of Fame and was the winner of the Veuve Clicquot Social Purpose Award. She was named Most Influential Woman in UK IT 2017, Barclay's Entrepreneur of the Year 2017, Top 50 inspiring women in Europe by the Management Today and Top Entrepreneur contributing to 'Queen and Country' by Sunday Times Magazine. In July 2015 Computer Weekly named Sherry in the top ten most influential women in the UK IT industry. In the same year she was ranked 29 on Wired's The 2015 WIRED 100. 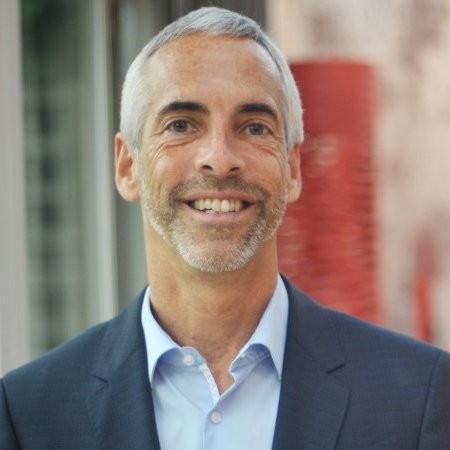 Chairman and Non-Exec Director and Chair of the Digital Skills Partnership, Chairman IQE PLC. Retired CEO and Chair of Cisco UK and Ireland 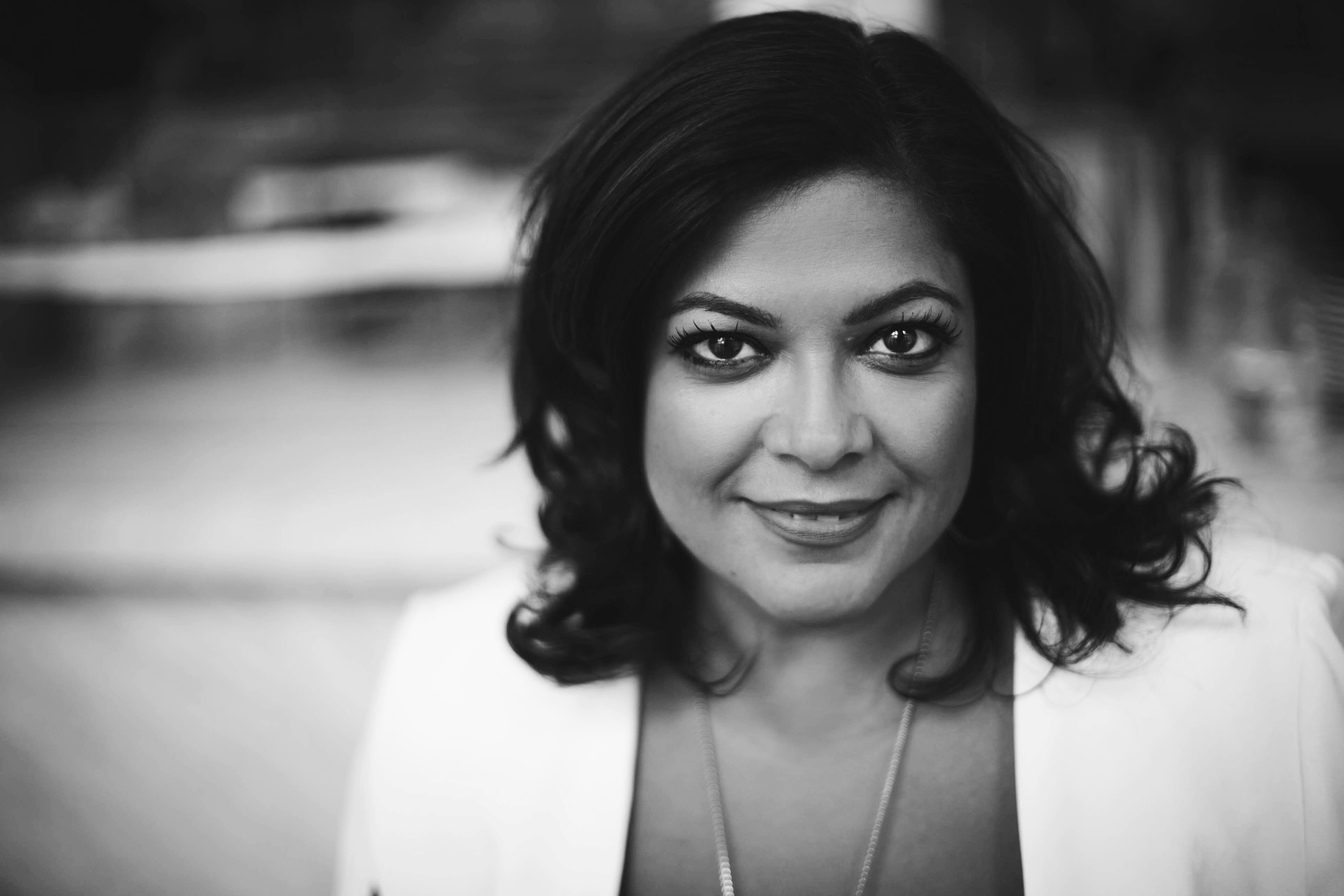 Nishma is responsible for leading brand and reputation marketing for Google in the UK. From Google Doodles, to helping businesses and individuals grow via free digital skills training and mentoring and promoting Google’s products and programmes to keep families safe online.

Nishma is a passionate and tireless activist for equality. She mentors young diverse talent in the marketing and creative industry and lends her time and support to groups such as MEFA. She also founded a programme with The Dots to support the progression of diverse talent - Fast Track 50.Nishma is a Board Director at the School of Marketing and a Fellow of the Marketing Society. Her accolades include Ad Age’s Woman to Watch, Europe (2018), Campaign A-List (2017, 2018, 2019), Drum Digerati, and was recognised in the Hospital Group’s h100 list as one of the most influential and innovative people in the UK’s creative industry.

Nishma’s greatest achievement is being a mother to her amazing twins. 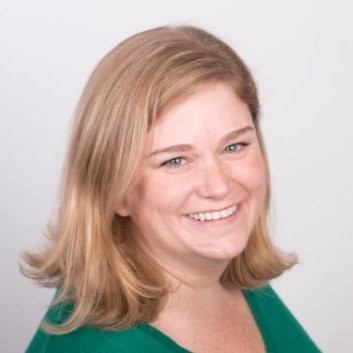 Karen is an experienced marketer, business strategist, and learning professional who is passionate about helping people upskill and grow.
For the past nine years, Karen was on the executive leadership team of Brand Learning, a fast-growing consultancy focused on skill and capability development, now part of Accenture. At Brand Learning, Karen led teams to build high-impact learning and capability development programmes for leading clients. She also helped expand the business into the U.S.
She holds a BA from Loyola University, Maryland USA and an MBA from the University of Cambridge. 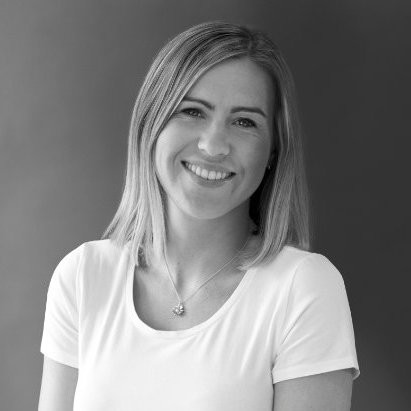 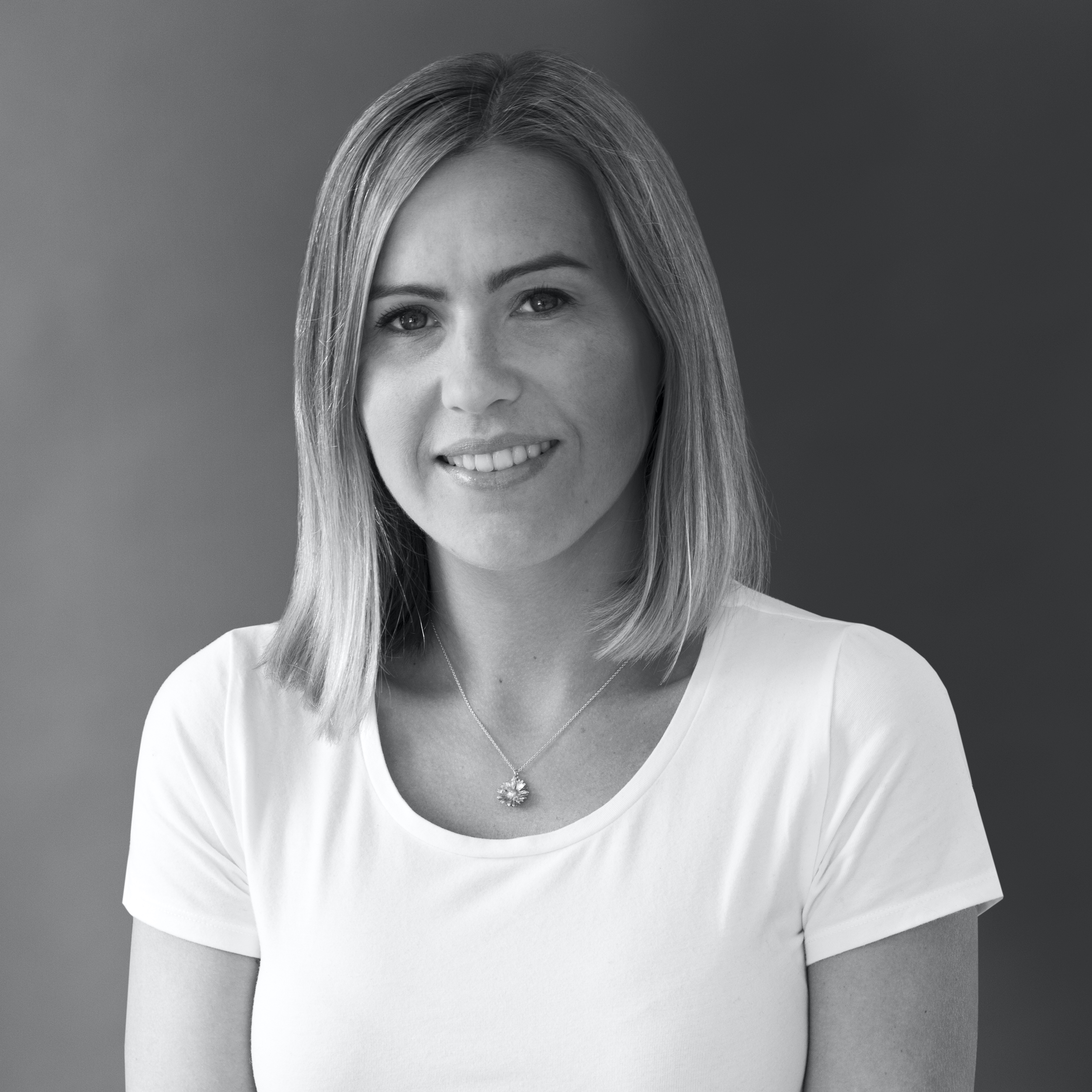 Grace is an award winning designer with 10+ years experience in physical and digital product design. Throughout her career she has always strived to put people and their stories at the core of the design process, which has taken her across the globe researching with almost 1000 users from taxi drivers in London to aboriginal elders in Queensland, Australia.
‍
Grace is one of the founding members of BCG Digital Ventures where she currently serves as Design Director, defining new innovative break-out products and businesses. Her understanding of human behaviour and expertise in strategic design has helped shape a number of award-winning products from insurance to healthcare and she has worked with a number of charities to unlock funding through digital innovation.
‍
She has a background in healthcare design and  innovation, leading design and research projects for the Department of Health including Designing Out Medical Error (DOME) and Designing Bugs Out, projects aiming to use design to improve patient outcome in hospitals. She has designed several medical devices, a number of which have been patented and her healthcare work has been featured in leading international publications such as FastCo. Design, New Scientist, The Lancet and The Design Journal. 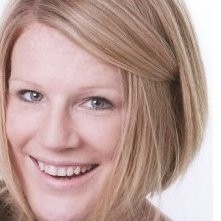 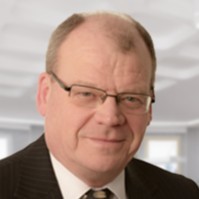 Retired partner, Country Coordinator for BDO US and Head of Cambridge 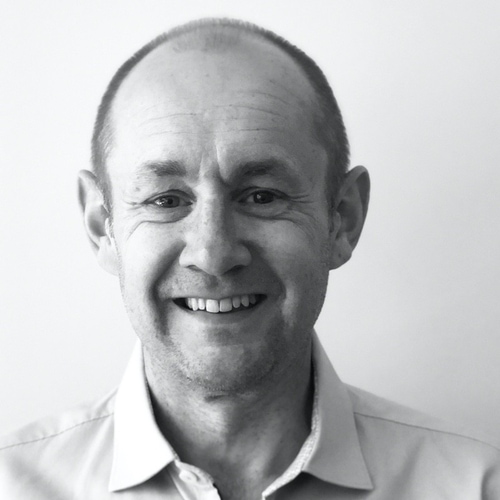 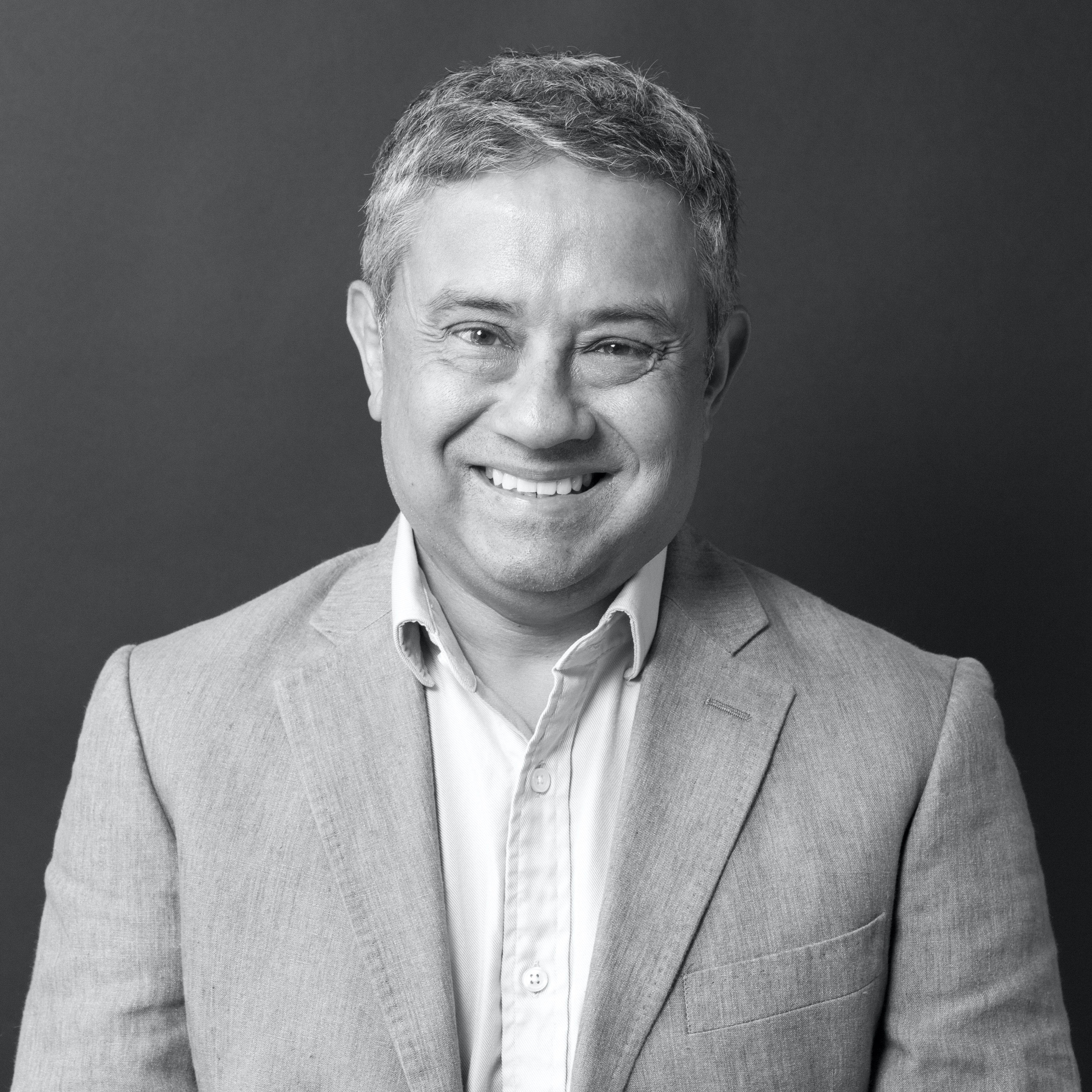 Ajay Chowdhury has 25 years of start-up venture experience, building disruptive, new digital businesses in a wide range of industries. He has particular expertise in mobile, e-commerce, digital media, data analytics, digital retail and government as well as strong functional expertise in sales, strategy development, product development and fundraising.
‍
Chowdhury is Partner and Managing Director in the London office of BCG Digital Ventures. Prior to joining BCG, he was CEO of Seatwave, a European online ticketing marketplace that was sold to Ticketmaster. Before joining Seatwave he was CEO of ComQi, a global omni-channel retail technology company that was sold to AU Optronics.

Chowdhury was a founding partner of IDG Ventures Europe, a $100 million European venture capital fund. He also served as Chairman of Shazam, a $1 billion mobile audio recognition company and invested in and served on the board of Lionhead, a games developer sold to Microsoft.

Selected as one of the Asian Power 100—the 100 most influential and powerful Asians in the UK— Chowdhury has also been recognised with the 2015 Dealmaker of the Year award from M&A Magazine, Top 100 Asian tech stars and selected as one of 2016's Sunday Times top 100 BAME business leaders in the UK.

Chowdhury has an MBA from the Wharton School of the University of Pennsylvania. He serves as Chair of Cambridge Enterprise, Cambridge University’s technology transfer arm.